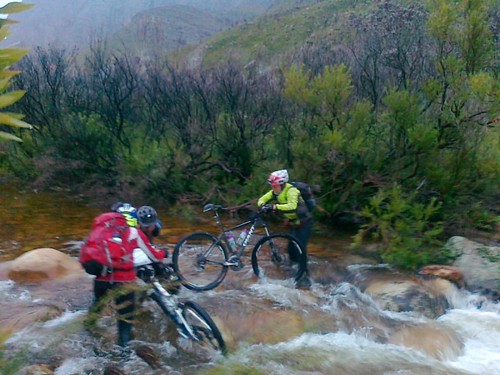 65 kilometers to the finish in Diemersfontein.

The final stage from Trouthaven to Diemersfontein is only 65 km but includes the 8km long Stettynskloof portage. After more than 2250 km of cycling, just before the finish, you have to walk up this climb for 8 km with the bike on you back… Normally thick bush makes it difficult to carry your bike, but this year a bush fire burned away this tricky bush. After this portage it will be a very pleasant ride down to du Toitskloof Pass, up to the top of the pass and down the forestry track to the finish at Diemersfontein. Or 'should be' a nice drive, because the weather forecast is horrible…
Casper expects to be at the finish between 12h00 and 13h00!

Trail profile towards the finish

Trouthaven is the last support station before the finish and is 157 km from the start of todays stage. Halfway they can have a break at Oestervanger (82km).

Todays dilemma: sleeping at Trouthaven or pushing to the finish.

Although Trouthaven is still 157 of cycling it is "only" 65 km away from Diemersfontein where the finish is. The dilemma in Caspers group was and probably still is, do we sleep over at Trouthaven or shall we push trough the night to the finish?

They have to climb 2300 meters today and if they stop at Trouthaven there are no real difficulties except tired legs and a soure bumb.

The weather at the start did not look too bad, cool, partly cloudy. The weather forecast for tomorrow looks worse.

Profile from Montagu to Oestervanger

Casper's ride is nearing the end. Many of us have been distracted from our work and family, addicted to watching the tracker for his progress and blog for snippets of news. Even though many people have not commented, there has been a large following in Louis Trichardt from patients to members of the P&L Cycling club, friends and family. The practise dedicated a computer to all the elderly people in the town, who do not have internet access, to read his blog and get updates at any time of the day. Noenie has been wonderful in facilitating this and fielding calls from supporters, desperate for news.

Jernay and Marnel spent hours collecting donations and co-ordinating the fund raising effort behind Casper’s Freedom Ride.  The Makhado Care Group are a group of volunteers that give exceptional support to any cancer sufferer regardless of race, age or economic background.  Every year they help dozens of cancer sufferers in many different ways.  For those who are on medical aid, but do not have transport to get to the bigger cities for treatment, the Care Group may simply provide bus money.  They also help with bed pans, hospital beds, nappies, medicine, house visits, counselling, operations, specialist visits.  The list goes on and on and on.  Often when there are concerns about the Care Group’s bank balance, Casper is known to say ‘spend all the money we have got and when it is finished, we will get more’.  Thanks girls – you are magnificent in what you have achieved over the last few weeks.

Mohamed and Bobby of Cycle Center were exceptional in their support for 'The Doc', as they call him. During the months leading up to the race they were always willing to go the extra mile, make sure Casper got is bike back the same day and source all the components and equipment he needed. In particular, the day Casper's frame broke, Mohamed spend an entire day transforming Casper's old Giant into a racing machine, thinking of every detail and even stripping his own mountain bike down to get what he needed. Fortunately it was not needed, but it has been ready to send to him whenever the call came. Cycle Center is known, by all in Louis Trichardt and beyond, as giving exceptional service and always with a big smile.  This was no different. Thanks guys!

Laura Van Zyl designed stunning little donation forms and Leach Printers did an excellent job of printing them and getting them ready in time, before Casper set off.  The Zoutpansberger Newspaper have kept the community up to date with his progress with published articles each week and a link on their website.

Huge thanks need to go to Bas Rennings, Casper’s cycling partner, who created the blog and dedicated many, many hours to keeping it updated.  The blog made Casper’s race real for all us armchair cyclists and allowed us to enjoy the journey with him.

Thanks every one of you who have supported the Care Group and donated money towards their efforts. Every cent helps and if you have contributed to the fund, no matter how much or little it was, you deserve thanks.  There are individuals in our community, who s names I cannot mention, who have been exceptionally generous in their support.  You keep Casper’s vision alive – thank you. 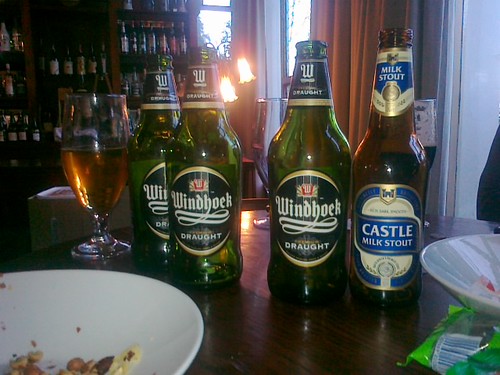 Taking in coal and water 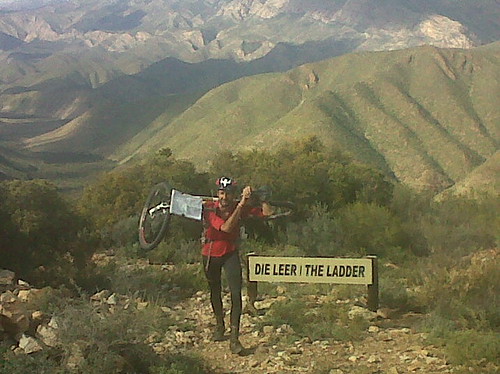 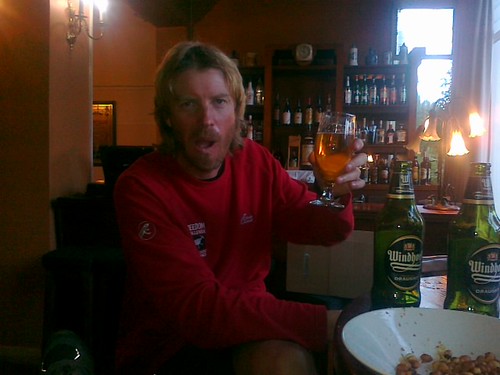 Montagu hotel and all its wonders

Montagu will be reached after 155 km with halfway a break at Anysberg.

Every day and night contenders are reaching the finish at Diemersfontein  and also for Casper and his cycling partners is the finish almost in sight (only 350 km…).  But before we really can start talking about the finish, he first has to finish today's stage which leads them over Anysberg towards Montagu (this will be a double stage). Although there are probably no easy stages at this point of the race, the road to Montagu seems not to be the most difficult one. By the way Montagu Country hotel, the support station for tonight sounds like a good destination for the Wyn train…

Although it is raining in Cape Town, the weather forecast predicts a sunny and warmer day. Let's hope it's like that.

A "double" for the Wyn train today first to Gamkaskloof (80km) and then to todays finish at Rouxpos (70km).

Over Swartberg pass into Die Hel

A thinner Casper (did not know that was possible!) will start todays stage with climbing the Swartberg pass and ride from there into Die Hel (Gamkaskloof).  The two stages combined give them around 4000 meters of climbing today! After the support station in Gamkaskloof the route involves riding the length of the Gamkaskloof, finding the start of the historic donkey track known as "Die Leer" (which Deneys Reitz's command used to exit Die Hel in Anglo-Boer War days) and then it is bike on the back for a very sharp steep climb of perhaps an hour, back on the bike and over the hill down to Rouxpos.

Periodically, the Freedom Challenge has had a problem with riders getting stopped by a farmer whose land Die Leer route crosses, and who claims that it is private land. The race organisers have taken legal advice on the matter, and a public right of way still exists on this historic route.  (Source: http://glennharrisonsa.blogspot.com)

Cold and rainy at the start of the day, max of 10 degrees at midday and mayby some sunshine.

From Prince Albert to Die Hel

Meeting Casper and the rest of the wyn-trein was interesting.  They tried to put on a air of sophistication in my company.  But their vineer was thin.  They were actually like wild hyeanas, scavenging for any food they can lay their hands on.  I hope Casper will transform back into the respectable small town doctor you know by the time we get back to Louis Trichardt.  But perhaps he never was…

The Makhado Care Group is a non profit organisation looking after the needs of cancer patients in the greater Louis Trichardt area. We do home visits and emotional support, we help with organising nursing services and nursing care(free of charge) and more.

Sponsor per kilometer Make a donation

Receive an email when a new message is published